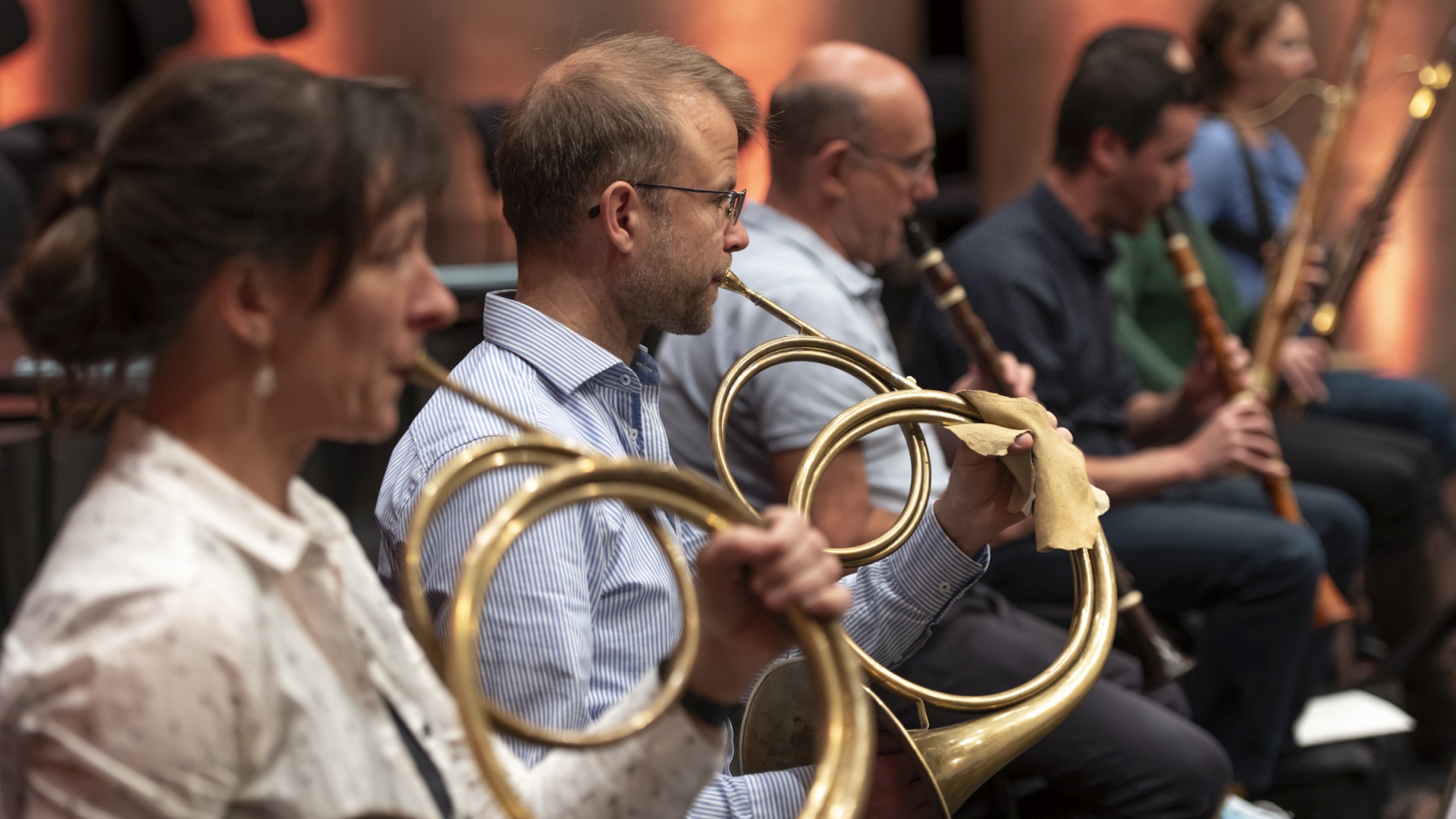 Joseph Haydn and Johann Christian Bach, the youngest son of Johann Sebastian, were born in almost the same year. Despite that, they were associated with different epochs within the 18th century, the younger (Bach) with the “preclassical”, and the older (Haydn) with the subsequent “classical” style. Both were cosmopolitan musicians, Bach setting off in his youth to conquer Italy and England, whereas Haydn only travelled in his later years but enjoyed even greater success in England. This programme combines music by the two composers, who never met (they had a shared friend in Mozart): Bach’s Miserere of 1757, composed when he was organist at Milan Cathedral (for which he converted to Catholicism), and Haydn’s “London Symphony” no. 95 from his first journey to England in 1791. This is complemented by Haydn’s “Missa in Angustiis” (Mass for troubled times, or “Nelson Mass”), written seven years later, whose minor key reflects the uncertain times of the Napoleonic Wa