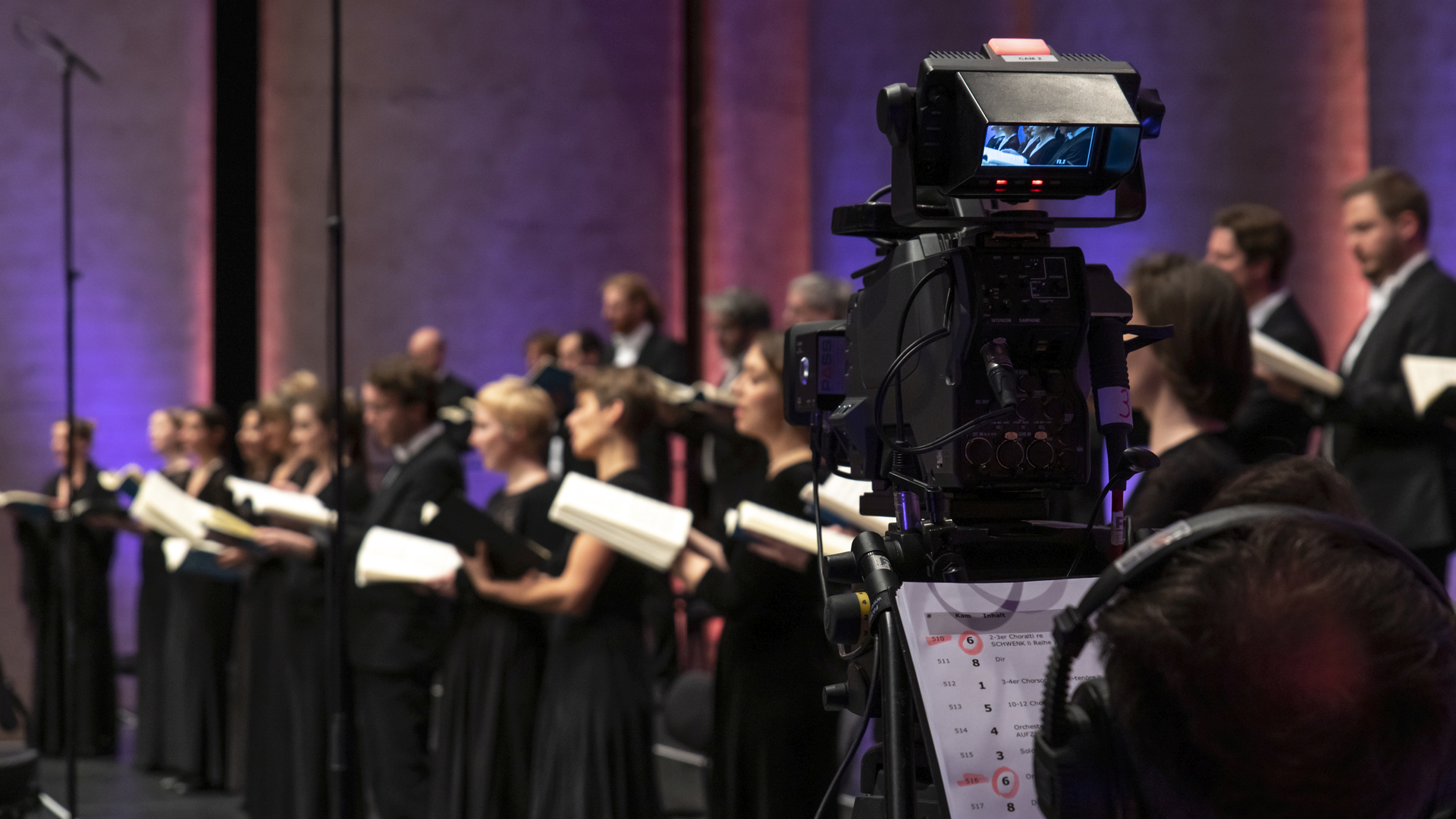 A striking timpani solo. Trilling flutes and oboes. And finally, a string jubilation that starts out of nowhere and seems to float from heaven to earth, into which blaring trumpets fall. Christmas spirit sets in, for this is the beginning of Johann Sebastian Bach's "Christmas Oratorio." Originally written for the three days of Christmas in 1734 and for the beginning of the year in 1735, the work has long since become an indispensable musical part of our Advent and Christmas tradition. In the concert, the Bachakademie's performance of Parts I-III & VI will create a musical arch over this unique Christmas piece and usher in the most atmospheric time of the year with its beautiful choruses and arias.

Isabel Schicketanz regularly works with the Wroclaw Baroque Orchestra, the Gaechinger Cantorey, the Lautten Compagney Berlin, the Batzdorfer Hofkapelle, the Merseburger Hofmusik, the Nederlandse Bachvereniging Utrecht, Le Concert Lorrain, The English Concert, the Dresden as well as the Leipzig Barockorchester, the Abendmusiken Basel, the Cologne Ensemble Nuovo aspetto and Wunderkammer Berlin. She studied in Dresden with Hendrikje Wangemann and Olaf Bär. Her love of ensemble singing led her to the Calmus Ensemble, with whom she toured Europe, Asia and the USA. She is grateful for the many years of collaboration with Hans-Christoph Rademann, under whose direction the complete recording of Heinrich Schütz with the Dresdner Kammerchor was realized, and also for "Opella Musica", with whom a complete recording of Johann Kuhnau's cantatas has been made and whose compilation will culminate in a marathon of concerts and workshops in Leipzig in 2022. With her ensemble Ælbgut, an Opus Klassik award-winning solo St. John Passion by J. S. Bach was released in spring 2020.

The mezzo-soprano Marie Henriette Reinhold first took up studies in musicology and then studied singing with Elvira Dreßen in Leipzig. There she completed her master's studies with distinction in February 2020. Solo performances take Marie Henriette Reinhold to concert halls and main churches in Germany and other European countries, where she works with renowned ensembles and conductors (including Herbert Blomstedt, Christian Thielemann, Florian Helgath, Frieder Bernius). Her repertoire ranges from the oratorios of Bach and Handel to works by Mozart and the operas of Richard Wagner, which she is invited to perform at the Bayreuth Festival. Marie Henriette Reinhold appears on numerous CDs of various labels, including the St. Matthew Passion with the Gaechinger Cantorey under Hans-Christoph Rademann.

Born in Leipzig, Patrick Grahl was a member of the Thomanerchor and studied in Leipzig with Friedemann Röhlig and Berthold Schmid. Master classes with Peter Schreier, Gotthold Schwarz, Gerd Türk, Ileana Cotrubas and Karl-Peter Kammerlander gave him important impulses for his artistic development. In 2016, he won 1st prize at the Bach Competition in Leipzig. Since then, he has been a much sought-after oratorio and concert singer, making guest appearances with orchestras such as the Leipzig Gewandhaus Orchestra, the Dresden Philharmonic, the NDR Radiophilharmonie and the Gürzenich Orchestra Cologne. He continues to be closely associated with the Thomanerchor and the Dresdner Kreuzchor. In addition to his numerous engagements on the concert and opera stage, Patrick Grahl attaches great importance to chamber music projects and recitals. He collaborates with pianists such as Daniel Heide and Klara Hornig.

Born in Berlin, he began his musical training in the Dresden Kreuzchor. He studied with Hermann Christian Polster in Leipzig and continued his training with Rudolf Piernay in Mannheim. His teachers also include Dietrich Fischer-Dieskau, Thomas Quasthoff, Wolfram Rieger, Norman Shetler and Irwin Gage. As a concert singer Tobias Berndt has meanwhile established himself far beyond the borders of Germany. More recently, he has worked with conductors such as Hans-Christoph Rademann, Philippe Herreweghe, Christoph Spering, Michael Sanderling, Andrey Boreyko, Teodor Currentzis, Joshard Daus, Enoch zu Guttenberg and Ludwig Güttler and has sung concerts at the Berlin and Cologne Philharmonie, the Tonhalle in Zurich and in Düsseldorf, the Concertgebouw Amsterdam, the Leipzig Gewandhaus and the Herkulessaal Munich. Furthermore Tobias Berndt made guest appearances at important festivals such as Prague Spring, Festival de la Chaise-Dieu, Musikfest Stuttgart and Herrenchiemsee.

Conductor Hans-Christoph Rademann is an exceptionally versatile artist with a wide-ranging repertoire. He is equally passionate about the performance and rediscovery of early music and the premiering and promotion of contemporary music. Born in Dresden and raised in the Ore Mountains region of Saxony, he was influenced from an early age by the great central German tradition of music and church music directors. During his studies he founded the Dresdner Kammerchor, developing it into a top international choir which he continues to direct today. Since June 2013 Hans-Christoph Rademann has been Akademie Director of the Internationale Bachakademie Stuttgart. Regularly he works with leading choirs and ensembles on the international music scene. Hans-Christoph Rademann is Professor of Choral Conducting at the Hochschule für Musik Carl Maria von Weber in Dresden. He is also Artistic Director of the Erzgebirge Music Festival, an ambassador for the Ore Mountains region and patron of the Christian Hospice Service Dresden.