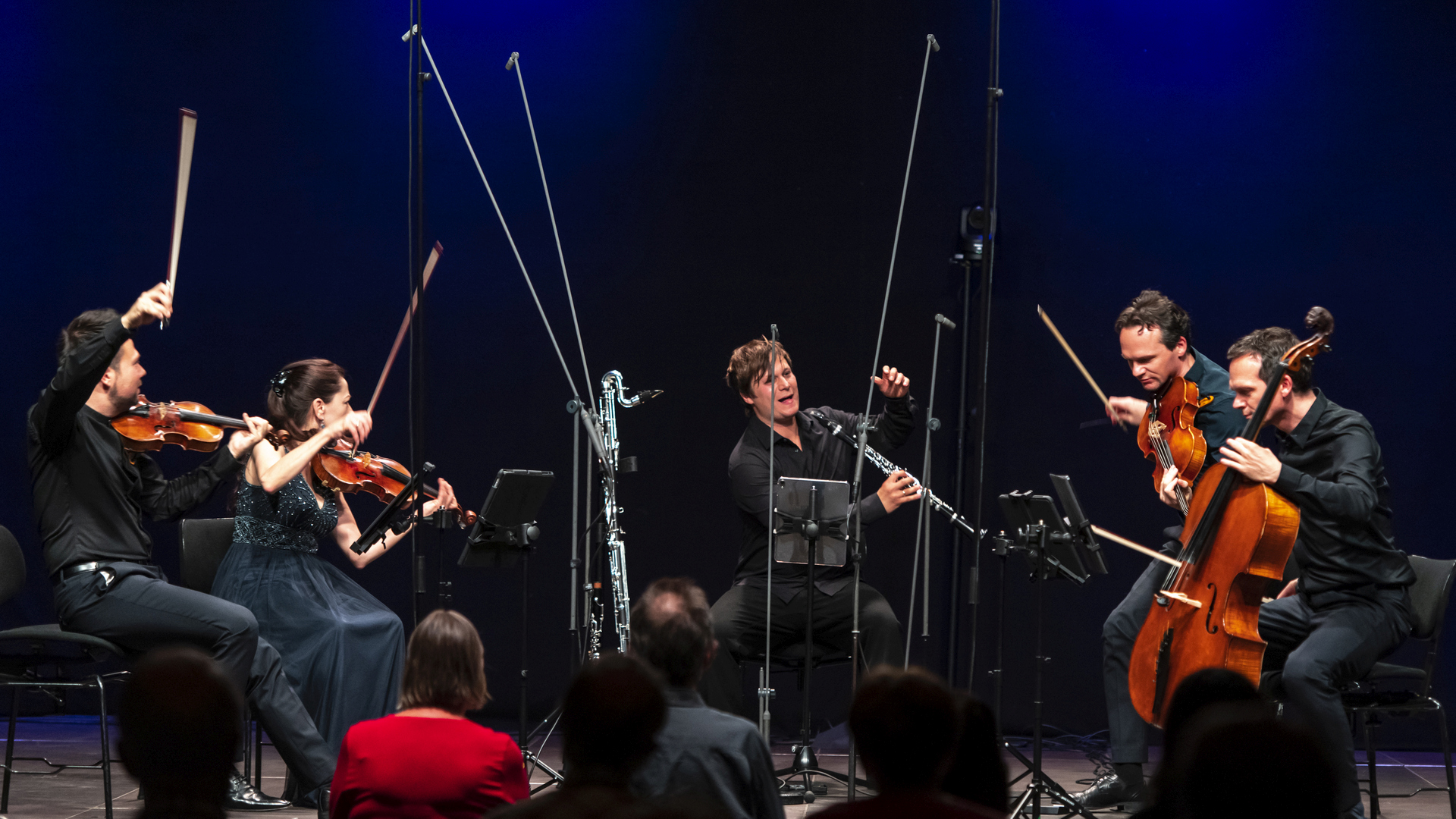 This program for string quartet and clarinet embarks on a somnambulistic border walk between klezmer and classical music, virtuously combining art music and traditional Jewish music. After a "classically romantic" prelude with Mendelssohn's Second String Quartet, the tasteful perspective shifts to the realm of film music: to the pictorial world of Betty Olivero's music composed in 1996 for the 1920 expressionist silent film "The Golem." The second pair of works is also contrasting: Joaquín Turina's 1925 string quartet movement The Torero's Prayer uses the coloration of Spanish folk music to paint the tense atmosphere of an arena before a bullfight - a tension that is released in the exuberant klezmer music of Osvaldo Golijov's Dreams and Prayers.

Founded in 1996, the casalQuartet’s formal training took place under the watchful eyes of the Carmina Quartet in Zurich, the Alban Berg in Cologne and Walter Levin in Basel. In more than 1.700 concerts in many parts of the world and at renowned festivals, the casalQuartet has captivated its audiences with inspired and precise musicianship and at the same time the integration of colleagues from other artistic disciplines. Concept oriented programming is equally important to the quartet’s vision - which it promulgates at several own festivals and concert series in Germany and Switzerland. The four musicians see the string quartet as one of the most versatile genres in music, equally successful in its journeys from the 17th century to Tango Nuevo, jazz and the newest works of today, and well adapted to extending previous programming boundaries by the inclusion of theatre, dance and literature. Projects for young people, as well as moderated concerts are features of the quartet’s mission, which is to create a lively dialogue between tradition and innovation.

Sebastian Manz, international soloist, chamber musician and solo clarinetist with the SWR Symphony Orchestra, had his big breakthrough with his sensational success at the ARD International Music Competition in Munich in September 2008. He wins not only first prize in the Clarinet category, which had not been awarded for forty years, but also the coveted Audience Prize and other special prizes. For his recording A Bernstein Story from 2019 he receivedthe OPUS Classic Awardin October2020. He first learns the piano, which he plays very well, but soon concentrates on the clarinet after listening to Benny Goodman's recording of Carl Maria von Weber's E flat major Concerto, which fascinates him and awakes a longing for the instrument. Among his most important teachers and supporters are the acclaimed clarinetists Sabine Meyer and Rainer Wehle.