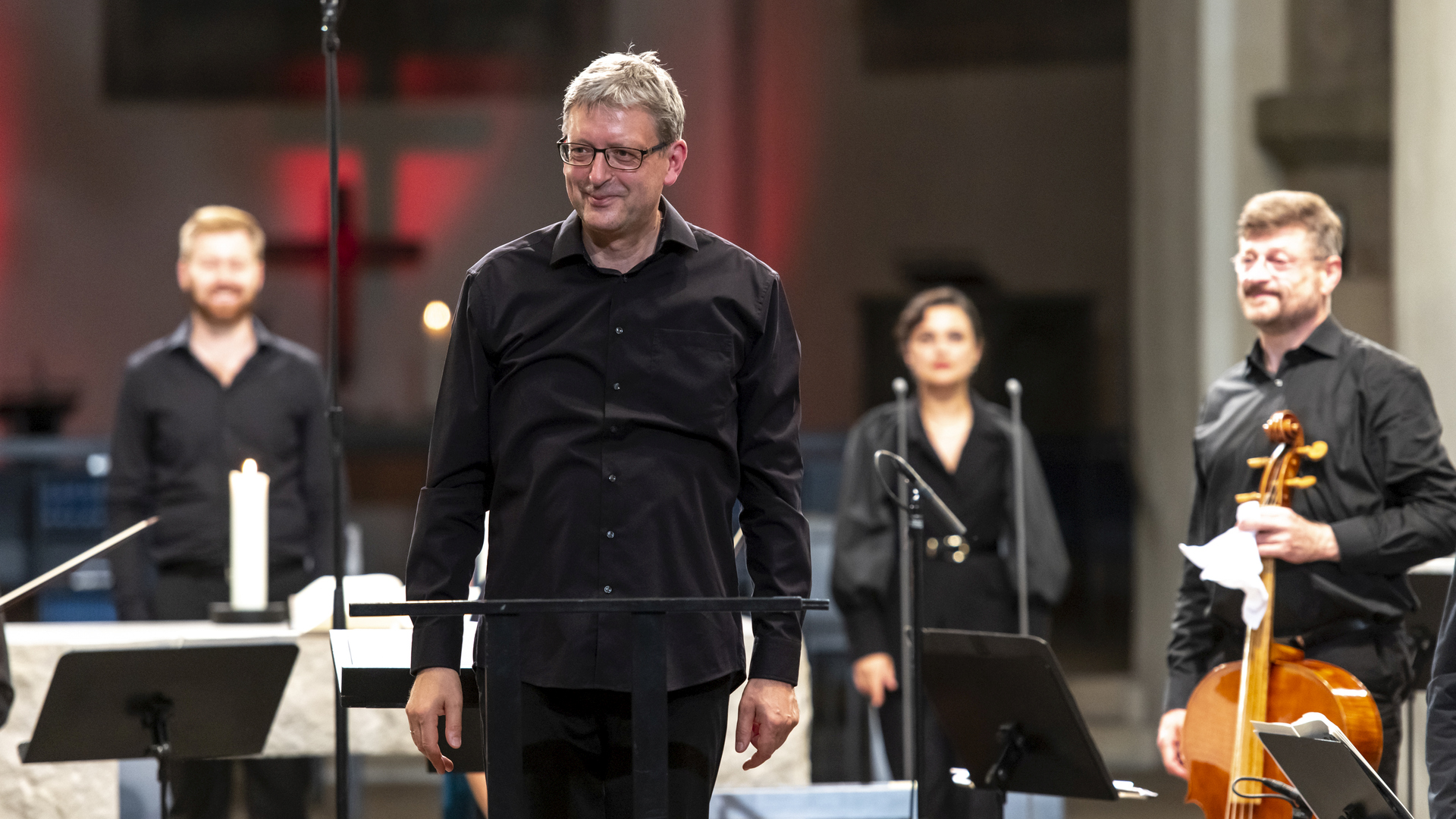 Bach must have liked the hymn "Was Gott tut, das ist wohlgetan" by Samuel Rodigast (1674) very much. In 1724 he took it as the basis for a complete chorale cantata (BWV 99), two years later he opened another cantata (BWV 98) with the first verse of the song in the opening chorus, and around 1734 / 35 he finally composed a cantata whose setting is composed of the opening and closing chorus of the previous cantata (slightly modified). Three times, then, "Was Gott tut, das ist wohlgetan" is written in a prominent position within three works. By performing these three cantatas in one program, Hans-Christoph Rademann and the Gaechinger Cantorey offer the opportunity for a unique "taste comparison" (Geschmacksvergleich) within Bach's œuvre.

Katharina Konradi was born in Bischkek, Kyrgyzstan and is the first soprano from this country to have an international career as a lied, concert and opera singer. In 2009 she began her singing training with Julie Kaufmann in Berlin and subsequently completed her master’s degree in lied interpretation with Christiane Iven and Donald Sulzen at the Munich Academy of Music and Theatre. Attending masterclasses by Helmut Deutsch and Klesie Kelly-Moog gave Katharina Konradi’s career as a soprano further musical and artistic momentum. In 2015 Katharina Konradi became a member of the ensemble of the Hessen State Theatre in Wiesbaden for three years. Katharina Konradi joined the ensemble of the Hamburg State Opera at the beginning of the 2018/19 season. In the same season she made her debut as Zdenka in "Arabella" by Richard Strauss at the Semperoper in Dresden.

German mezzo-soprano Anke Vondung was born in Speyer and studied with Rudolf Piernay at the Mannheim Academy of Music. Between 1997 and 1999, she won numerous prizes at prestigious singing competitions. From September 1999 until the end of the 2001/02 season, she was a member of the Tyrolean Landestheater in Innsbruck, where she sang several major roles. From 2000 onwards, guest engagements took Anke Vondung all over the world, including the Munich, Hamburg and Berlin State Operas as well as to the most important concert stages and renowned international festivals. A wide-ranging concert and song repertoire and numerous CD recordings document the breadth of her artistic output.

German tenor Sebastian Kohlhepp is one of the most widely hailed singers of his generation, much in demand on the international opera and concert scene. He achieved outstanding success in his acclaimed début as David in Wagner’s "Meistersinger" under the baton of Christian Thielemann at the Salzburg Easter Festival in 2019, and he took up the same role in early 2020 at the Semper Opera House in Dresden, thrilling the audience and the press. After his studies with Hedwig Fassbender in Frankfurt he was successively engaged as a member of the ensembles in Karlsruhe, Vienna, and Stuttgart. He has been freelancing since the 2017/18 season. Sebastian Kohlhepp is likewise much in international demand as a concert soloist.

Felix applies his exuberance of youth and his bass voice to the wide span of Early music, singing with renowned ensembles from all over Europe. In addition, many years of cooperation have allied him to Hans-Christoph Rademann. At the beginning of 2017 he gave his first guest performance at the Staatsoper Hamburg in a production of music by Carlo Gesualdo (director: Calixto Bieito). Another focal point for his artistic activity is contemporary vocal music. He is a member of the ensemble AuditivVokal Dresden and he regularly contributes to contemporary theatre productions. Felix Schwandtke studied Voice in Dresden and is living as a freelance singer in Leipzig.

Conductor Hans-Christoph Rademann is an exceptionally versatile artist with a wide-ranging repertoire. He is equally passionate about the performance and rediscovery of early music and the premiering and promotion of contemporary music. Born in Dresden and raised in the Ore Mountains region of Saxony, he was influenced from an early age by the great central German tradition of music and church music directors. During his studies he founded the Dresdner Kammerchor, developing it into a top international choir which he continues to direct today. Since June 2013 Hans-Christoph Rademann has been Akademie Director of the Internationale Bachakademie Stuttgart. Regularly he works with leading choirs and ensembles on the international music scene. Hans-Christoph Rademann is Professor of Choral Conducting at the Hochschule für Musik Carl Maria von Weber in Dresden. He is also Artistic Director of the Erzgebirge Music Festival, an ambassador for the Ore Mountains region and patron of the Christian Hospice Service Dresden.